Can You Be “Allergic” to Cannabis? Discovering Cannabinoid Hyperemesis Syndrome

Home » Can You Be “Allergic” to Cannabis? Discovering Cannabinoid Hyperemesis Syndrome

Cannabinoid Hyperemesis Syndrome (CHS) is a rare disorder that is typically seen in long-term, chronic marijuana users. CHS is a relatively new disorder known to the medical field and frequently tends to go undiagnosed or even misdiagnosed for many years.

Alice Moon is a publicist and social media expert who has been working in the cannabis space for over 10 years. Alice went from being a cannabis consumer with a moderate intake to discovering that the weed that helped with many other aspects of her life was now causing her to become ill. We had Alice Moon on to discuss Cannabinoid Hyperemesis Syndrome (CHS) with MiCannaCast can you be allergic to cannabis?

The Mystery of Cannabis – How Does CHS Happen?

CHS is a condition that has not been researched much to date. It’s a discussion topic that tends to bring on confusion and sometimes even anger from within the cannabis space.

There is no known cure for this disorder. All we know is that this is a potentially deadly condition that is mainly believed to be a side effect from long-term, extended cannabis use, which only a few people truly develop. However, preliminary data suggest that some consumers who have been using cannabis lightly for under a year are also exhibiting symptoms of CHS.

These symptoms of CHS include nausea, vomiting, and abdominal pain – just to name a few. Temporary relief from vomiting is typically found for most patients by being exposed to hot water – taking a bath or a long shower.

“I’d smoke around half a joint a day or less. I never spent all day every day high; I was more of a night-time user,” Moon explained on the CannaCast.

Around 2016, Alice began to notice a change as she began to suffer from sporadic vomiting episodes. Doctors would often attribute the symptoms to suffering from acid reflux – but changing her diet brought on no sort of improvements.

Moving into 2017, Moon’s symptoms began to worsen as her vomiting became more frequent and doctors were unable to figure out what was wrong with her. By 2018, Alice was throwing up every day. Moon wanted to have one last hoorah with cannabis before having to make some major lifestyle changes. She attended an infused dinner and ending up throwing up for two weeks after. Even a sip of water would send her down a vomiting spiral.

So this was time for a big change. Her entire career had grown to be weaved around the cannabis industry. Moon was left with no choice but to re-think her lifestyle as well as how she has built involvement and passion for the cannabis community.

This does not stop Alice from pursuing her passion. Despite the struggles, she continues to work with numerous companies in the cannabis space, focusing on marketing, branding, and PR.

What’s to be Expected for the Future of CHS?

For the cannabis community, we want to see more people become comfortable with talking with their doctors about their cannabis consumption.

If we can create healthy, open communication with the medical field, there would be more appropriately diagnosed cases of CHS, and more research could be conducted in order to learn more about the condition.

Check out Alice’s website www.cannabinoid-hyperemesis.com, a resource for CHS information that includes a list of 20+ research papers on CHS.

For more on Alice’s work, follow her on Instagram @thealicemoon. We had a great experience learning all about CHS from Alice Moon check out the full episode above. It could be scary for some to be allergic to cannabis. 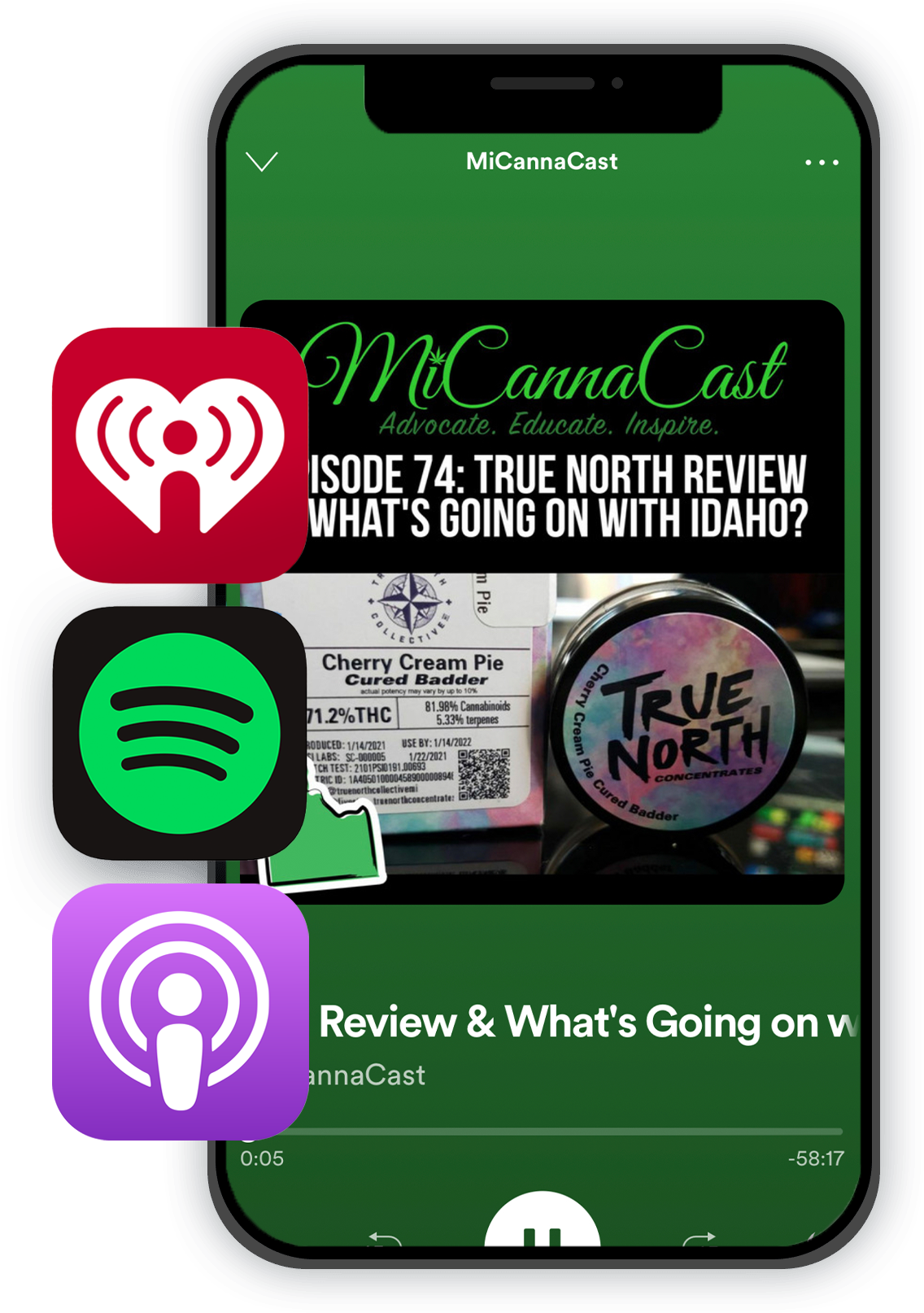 Podcasts Available on All Platforms!

You don’t have to go a minute without having the MiCanncast Podcast readily available at your finger tips. Groovee and CannaDave are just a click away on all major podcasting platforms and social media outlets!

Want More Exclusive Content? Check out what we have to offer on Patreon!

Yes! Check Us Out On Patreon

Sign up to our monthly newsletter for useful articles, tips, educational documents, and reviews of all things cannabis: